The London Millennium Footbridge, commonly known as the ‘Millennium Bridge’, spans the River Thames in London, linking Bankside with the City of London. It is located between Southwark Bridge and Blackfriars Railway Bridge and provides excellent pedestrian access to landmarks including the Globe Theatre, Bankside Gallery, Tate Modern and St. Paul’s Cathedral.

The iconic bridge came to be known as the ‘Wobbly Bridge’ after a strange swaying motion began to affect the river crossing, shortly after it opened to the public. It later became apparent that the swaying motion was exacerbated by pedestrians’ unconscious tendency to match their footsteps to the sway. The bridge was closed only two days after it opened in June 2000 and remained closed for two years whilst numerous control dampers were engineered and retro-fitted to change the resonance frequency and stop the sway. 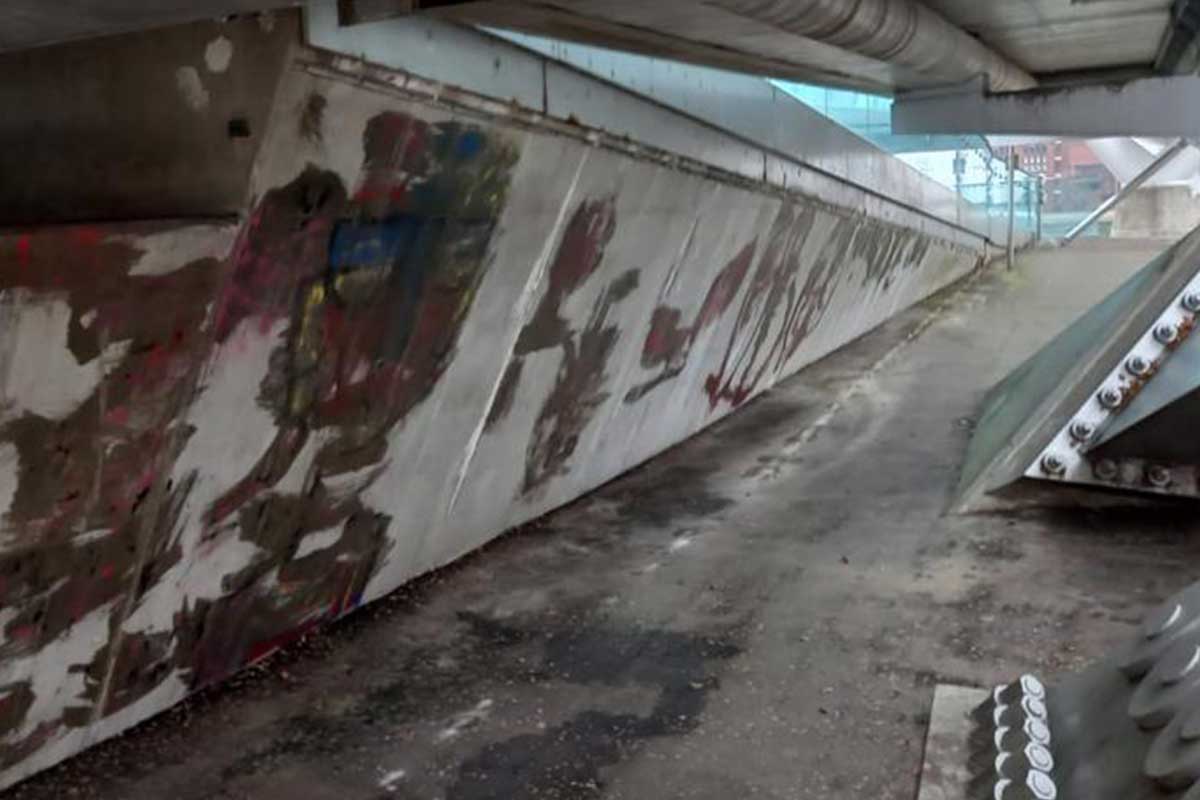 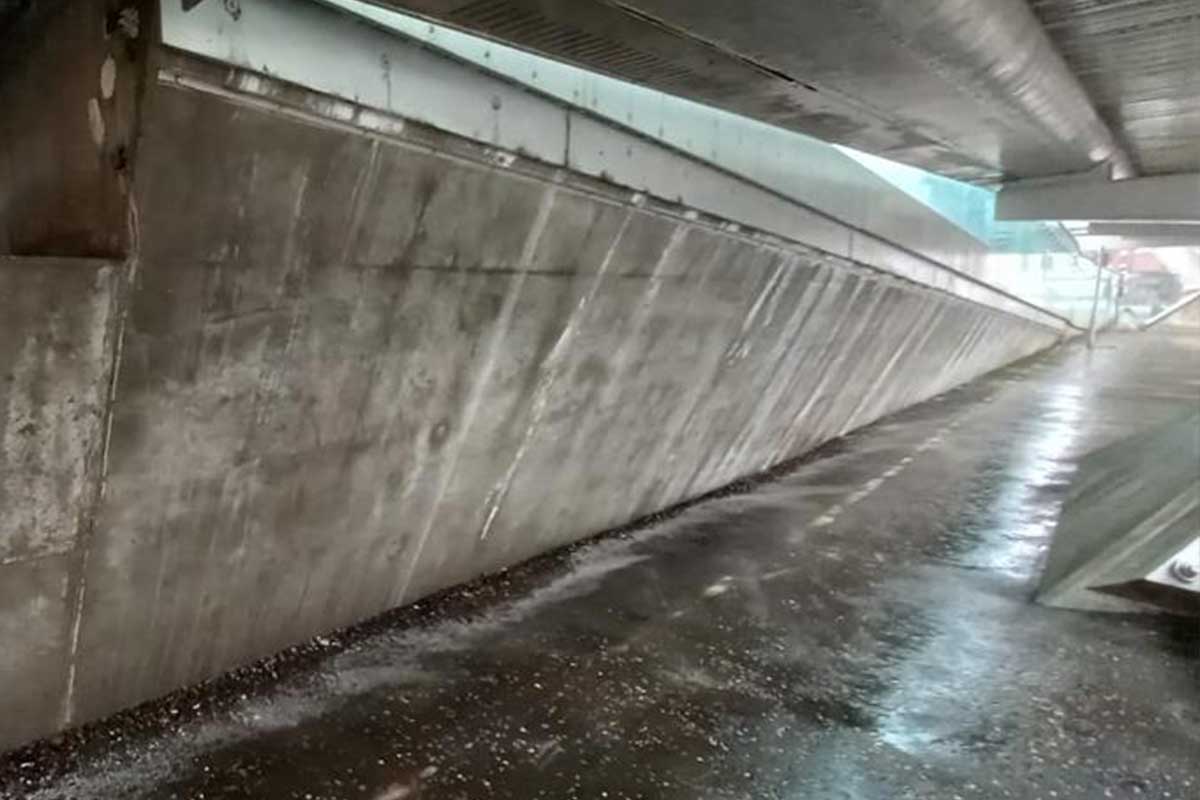 Long time Go-Gum Limited client, The City of London, contracted us to undertake Sticker Removal and Graffiti Removal operations to various areas of the bridge abutment measuring approximately 80m². A Surface Solve Limited Street Cleaning Team were despatched to the London landmark to undertake the work.

The Street Cleaning Team consisted of two operatives, using high temperature, low pressure steam cleaning machines. Having been granted special access beneath the approaches, the stubborn graffiti scrawl was first treated with a eco-friendly graffiti removal gel, before being tackled with steam, then completely and safely removed. The stickers’ adhesive was softened and removed using just low pressure steam. The underlying concrete surface of the bridge abutment was thoroughly cleansed and left undamaged and free of graffiti and stickers. 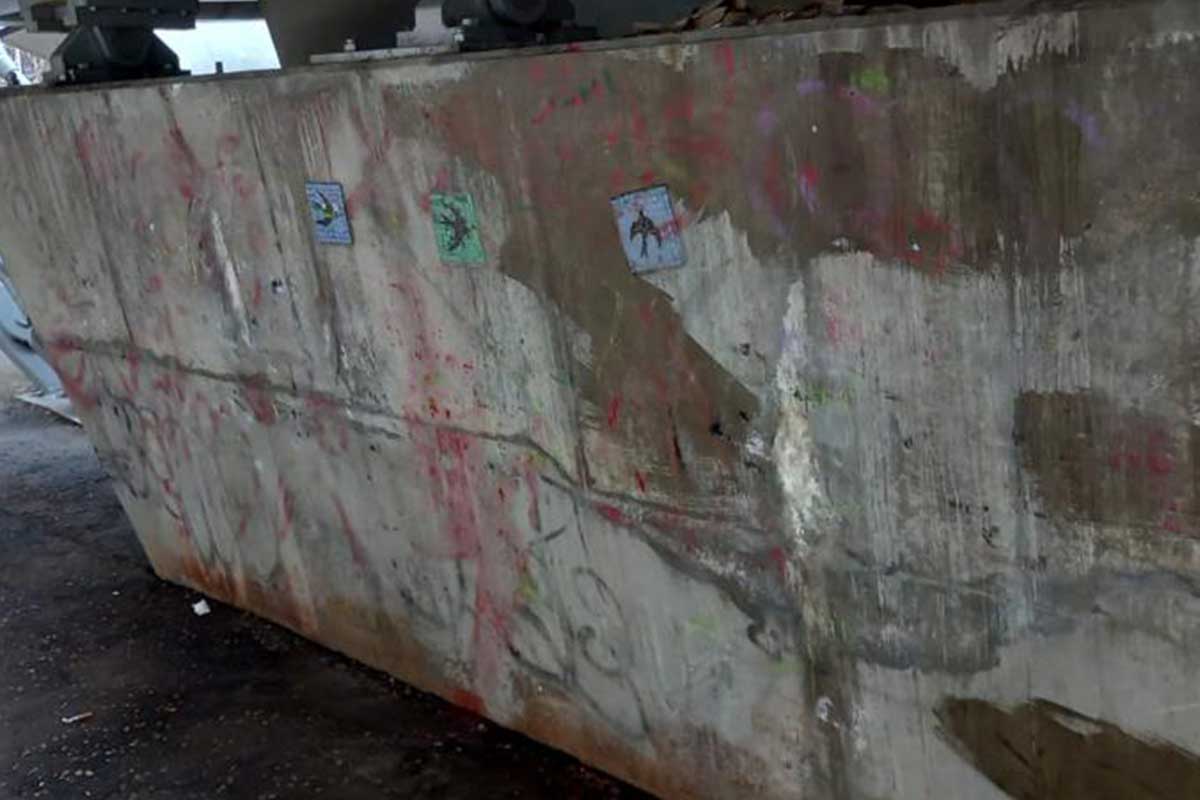 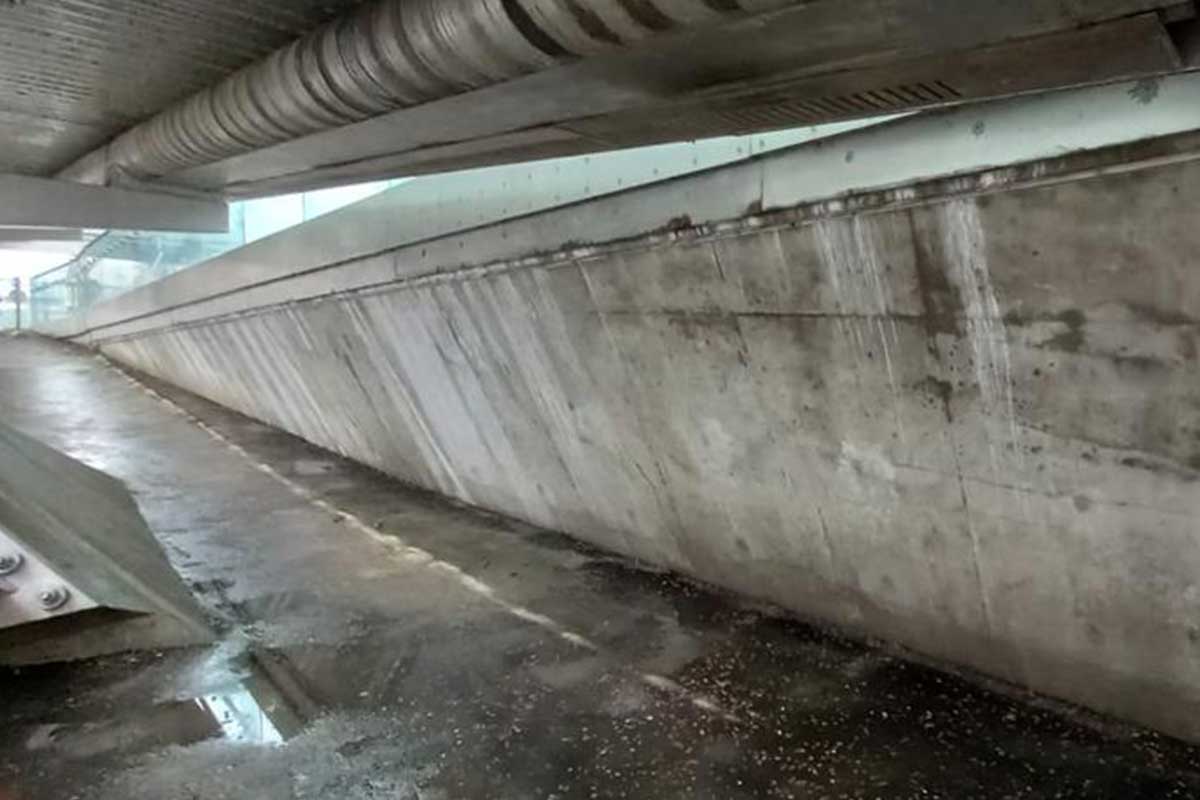 Commenting on the project, Go-Gum Managing Director Rob Dixon said: “This isn’t the first time we’ve attended to cleaning operations on the London Millennium Footbridge. We undertook a two day deep clean of this unique suspension bridge in 2016 and also worked on the bridge approaches way back in 2013.”

Go-Gum Limited have worked on, under and around several of London’s historic bridges including the London Millennium Footbridge, London Bridge and Blackfriars Bridge.”